skip to main | skip to sidebar

Lots of Spills and Sunshine 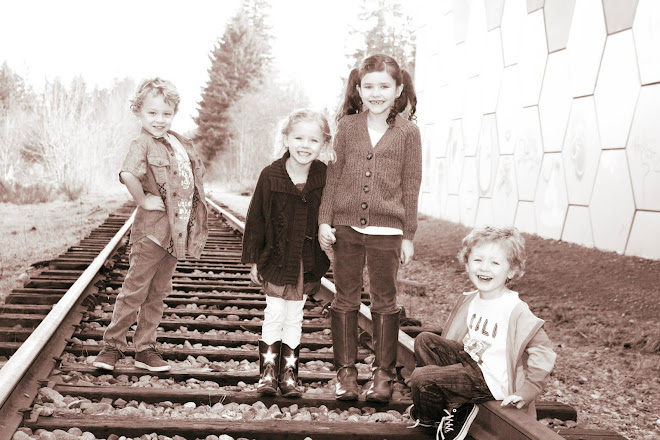 The next time I mention in passing that I am going to drive to Idaho -or anywhere more than 10 hours- with four children please remind me I am absolutely insane!! As a kid we went on a ton of road trips. When we would stop to fill up with gas we were only allowed corn nuts and water! Well actually if we were thirsty my dad would say "swollow your spit"!!! So that preservative smelling nacho cheese scent always brings back fond memories; fighting over the window seat, totally annoyed that Carl would always have his walkman turned up way too loud and my personal foavourite- I would always take as much as I could from the hotel room, you know sugar packets, shower caps I don't know why I guess I like to be prepared. The nacho scent now brings up sheer terror from the pit of my stomach!
The way to Idaho- well we were up at 3:30 am and off to the ferry. Two hours later we were on the mainland and off we went. Basically the twins began freaking out a because they couldn't see anyone and they had been strapped into a 5 point harness for 5 hours! So we decided that my dad should drive my car, and Ty would go in my mums and Rylie and I stayed in the back to entertain the little squirts.
Once we arrived it was awesome to see everyone. All my nieces and nephews have grown so much! So it was good to see I wasn't the only one who had gained a few llb's. If you are expecting photos soon- sorry to disappoint but genius- meaning me- only brought a memory card that had room for 14 pictures and I took them all of Ty and myself doing bathroom graffitti. 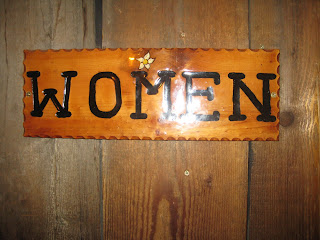 Here we are about to enter the ladies room at the Wolf Lodge Inn... 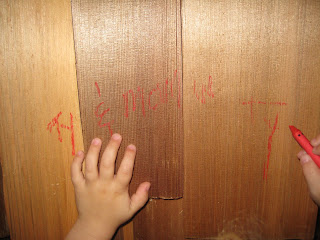 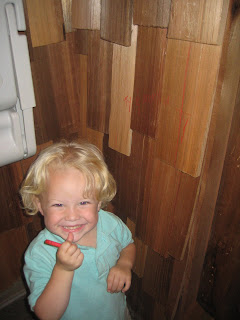 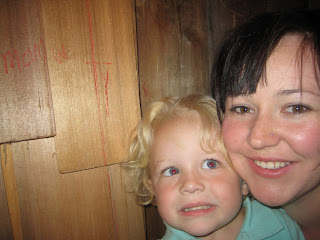 One proud mama
So you are probably asking yourself why would Chelsea write her name on the wall of a bathroom stall? Well to be quite honest I have always wanted to, and I felt I deserved too, or as Kimme says "you're worth it"! Two days after we arrived in Idaho, Ty, Rylie and Oliver began projectile puking, they caught the infectious bug from sweet little Kyah. The Virus was later affectionately called Kyahreah, because it also entailed Diareah! then to make things worse I got it and it was awfull. 24 hours later we were feeling better though and continued on.
We went boating, ate way too much food, talked, laughed, went to the spa-THANK YOU CHRIS AND KIMME, all in all had a really wonderfull time. My children however always seem to have daily "near death experience's"-uncle Chris-
For example;
We were at Target and Ty was having a moment- a rather nasty one- and he threw his Northern Right Whale and it landed on Olivia's facing giving her a gushing bloody nose.
While we were talking after dinner one night adorable little Addy was playing with forks and she decided to share them with Oliver who was laying on the floor. The fork landed on his eye!
While Ty and Braxton were wrestling Ty smashed his head on the floor.
Moments before my graffitti escapade Rylie was sucking on a candy and began choking. It was so awfull, we had to turn her upside down and hit her back to get it out.
All in all I had a wonderfull time and I miss everyone already.
On the drive back we stopped at a Flying J for gas, corn nuts and a potty break. As I entered the Gas station everyone kept starring at me, I of course thought it was my eyeshadow! My sister Ursula gave me the smokey eye look! So with my head heald high I walked into the bathroom, only to find that they were not starring at my dreamy eyes they were starring at the blue bubblegum on my butt! And not just a litlle bit, a lot! As I exited the gas station, my head was a little lower, my cheeks red and my jacket around my bum!!
I would also like to wish little Miss Rylie Dawn
a Happy 3rd Birthday! 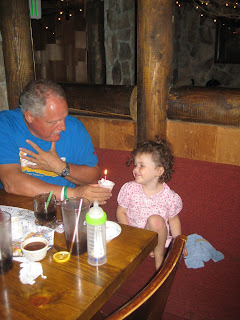 As I take a step back this evening to look at what is going on in my home I realize we are the perfect bunch to star in Anni! Not only do my children resemble orphans, they have taken quite a liking to the bohemian- street urchin look. I must admit that I too look somewhat homeless-however I will spare you those photos- It has probably come as no surprise that I will be starring as Miss Hannigan! So it is not a chaotic nut house today, we are simply rehearsing for our big roles. This is what I tell myself anyway, I have also decided that tomorrow after lunch we will be rehearsing The Sound of Music, more importantly the scenes where the children all love each other and song and dance are more prevalent then throwing and hitting! I am also embarking on a road trip to Idaho with all my orphans! So be prepared my next post will be full of potato adventures! If you are interested in some light reading check out my link to the Alta blog, I am the spotlight this month!

Why I smile so much!

In all my mightyness! 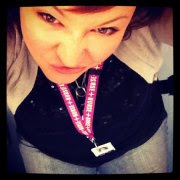 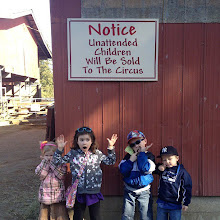 They were sooo little :) 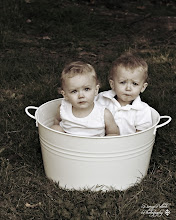 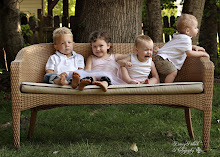 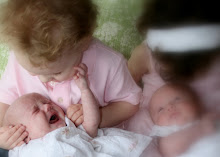